David received masters and doctorate degrees from the University of Wisconsin, Madison. He worked at Minnesota State University, Mankato, and then took a position as Director of Communication Disorders at the University of Washington Hospital. After 10 years, he took a job at the University of Nebraska, Lincoln and the University of Nebraska Medical Center, Omaha. From 1985 to 2020 he was also a clinical researcher collaborator at Madonna Rehabilitation Hospital. Throughout his career, he specialized in providing services to people with neurological conditions that interfered with their ability to communicate effectively. He helped initiate the field of augmentative and alternative communication (AAC) and designed communication materials and devices for children and adults who couldn’t speak. He was an intellect with a humble heart bent toward serving others. Dave loved Lincoln, the Huskers, his church, volunteering at the Lied Center, and giving big hugs to his grandchildren.

He was preceded in death by his parents, Verne and Cora Beukelman, and his father and mother-in-law, Corstiaan and Katherine DeWaard, and his brother Roy Beukelman.

In Lieu of flowers, donations can be made to the Madonna Rehabilitation Hospital Foundation, Assistive Technology Center, and Hope Community Church. 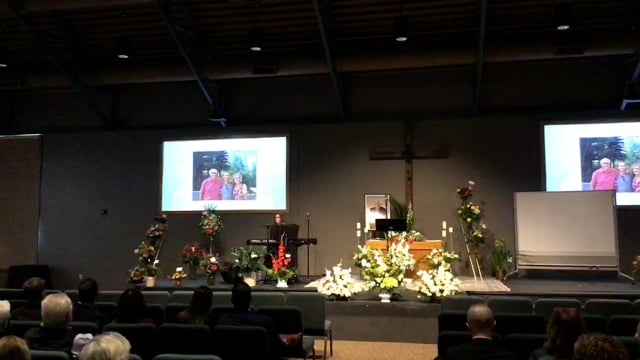 In memory of David R. Beukelman: Early inspiration….I met Dave in the late 70’s, early 80’s… as a new UW SLP graduate. Our first interactions centered around a new advocacy group in Seattle called the Pacific Northwest Non Vocal Communication (PNWNVCG). Of course, Dave was instrumental in starting that early advocacy group. Right from the beginning, Dave struck me as a leader, an outside-of-the box-thinker, a go-getter and an inspiration to all who met him. I was young, energetic and in awe of Dave. Before long, I found myself president of the PNWNVCG, under Dave’s spell to go out and change the world. How Dave changed my life…Dave had an uncanny way of seeing qualities in those around him, even before you or anyone else saw those qualities!!! I was still in my first year out of college, when Dave approached me. He was writing a grant to start an AAC Evaluation Center at the University of Washington Hospital. He wanted to make me the clinical director of the new clinic and write me into the grant. There was no way that I saw myself worthy of filling such a role. But, once again, under Dave’s spell, I suddenly believed him. I believed that I could be such a leader and new in my heart, I wouldn’t let him down. I’d do whatever it took. The grant never received funding. But, Dave knew what the next step should be. The AAC field needed demographic data and a needs assessment. Dave lit another fire under me. Next thing I knew, I was spear heading such a demographic study. The data from this study was used in the early days of AAC to advocate for new AAC clinics, training, and devices for non-speaking individuals. It was Dave’s inspiration that made all of that happen!! The next thing I knew, I was a US Board member for the International Society for Augmentative and Alternative Communication Society. And, several years later, I sat along side Dave, in Nebraska, to write bylaws to form the United States Society for Augmentative and Alternative Communication. The notion of seeing the good in others, inspiriting others, and bringing them along with you for the greater good, has stuck with me for my entire 42 year career! I continue to try to instill this in others, whether it’s my own kids, my clients, my colleagues, friends or even acquaintances. I trace that attribute back to David R. Beukelman. THANK YOU, DAVE! He will be greatly missed. But, he definitely lives in my heart and in so, so many others, whether it is a direct influence, or many times removed. PS. Here is a saying that I learned from Dave and that still aspire to… ”NEVER LET A PAPER PASS ACROSS YOUR DESK MORE THAN ONCE”

Thanks for recording the funeral so all could hear it. Brought up so many many memories of Dave. I was among the first group of the Pat and Dave PhD students and how privileged I was. I will never ever forgot the first time I saw Dave perform magic. It was with a young child who had never had a way to formally communicate. She was bright and ready. Dave sat next to her and he provided an AAC option for her. It was one of the first available devices. She lite up as she understood the power he just gave her. Equally lit up was Dave’s face and all of ours. I still get chills when I think about it and tears in my eyes. It was stunting and I was sold. He was an amazing man and will live on in so many of us. To Helen and all his family, thanks for sharing this wonderful man with us.

It is hard to think of a world without David Beukelman. He was one of the early pioneers of AAC and it was then that I met him (probably in the early 80s). He was a giant in the field always considering what we should do next, how to do it better and how to share our information. He never stopped contributing. Of equal or greater importance was that David was a man for whom the word “gentle man” was coined. His humanity and his compassion were always inevidence. He will be missed but not forgotten.

The kindest and most humble man. The handshake at Barkley that guided the next 30 years of my life – the passion of your love of AAC infectious. Thank you Dave for blessing my life and the ability to serve and mentor others. A couple of years ago you asked that others carry the torch – that is truly an enormous torch – will do my part to not let you down. To Helen and your dear family – may god give you strength, comfort and love in his peace. He has earned his way to heaven – John 3:16. “Bye for now” DB – I will miss you so much My heartfelt condolences to Helen and Dave’s family. Know that many of us in the AAC community are grieving with you at this time. With his kindness, humble curiosity and sharp intellect, Dave mentored and supported a generation of AAC clinicians, including me. In addition to clinical expertise, he shared his passion for reflection and writing our personal stories, and framing the bigger picture of the human impact of communication disabilities. Cherish your memories and know he was loved by so many of us and will always be deeply missed.

Our paths crossed early at the University of Wisconsin…..more than 40 years ago. Dr. B was budding young scientist with countless fresh ideas that would propel and reshape the field of motor speech for decades and generations of young investigators to come. A prolific clinical scientist and master medical speech pathologist, Dave also possessed the unique talents and intuition to become one of the most beloved mentors and educators in our field. He was instrumental in assisting those without speech or verbal control to find and gain control of new channels and modalities to become effective communicators, in essence opening up their world to express thoughts, emotion, and learn. In recent years at Barkley, Dave would find me in the lab almost every other week to catch up on new studies, and share his progress on a new grant application, or the progress on a new book edition. His face would light up, the big smile and grin stretched out over is face, and fond conversations of his children and family, and of course sports. I miss these treasured interactions more than ever now. Dr. B’s legacy is all enduring and now reflected among dozens of new scholars and students. We are all blessed to have known and worked with Professor David Beukelman.

After a few days of silence, I finally plucked up the courage to accept that you, Dr. David Beukelman have passed away! You were my guide to entering the AAC field and my doctoral dissertation advisor. Remember that we greeted each other before Christmas, we also made an appointment to meet to chat in Lincoln about the future development of AAC after the COVID-19 epidemic is over. Who knew you would leave without saying goodbye. This is not only the loss of a good mentor and friend for me personally, but also the loss of a leader in the AAC field. I hope you can get the mercy of God; let you rest in heaven.

I began my 45 year career as a speech/language pathologist at University of Washington Medical Center working with Dave. I remember him as a patient and encouraging mentor, a supportive colleague, a compassionate clinician and a caring friend. I am so grateful for his influence on my career and for all he gave to the field of Speech Pathology. My condolences to Helen and family.

In 1991 I drove down to Nebraska from Manitoba, as a pretty new SLP, and took the famous two week “Dave and Pat course” on AAC. They taught me how to be an AAC SLP in those two weeks and it was the most impactful professional development that I ever did. I always loved that he was just a phone call or email away for his students, even his very short term ones! I so enjoyed catching up with him at various conferences over the years. My deepest condolence to his family.

Dave was such a powerful influence in his family, church, department and profession that a huge number of people all over the world now have “Dave-sized holes” in their hearts. I feel so inadequate to try to fill any tiny part of those holes left from losing his advocacy for AAC, but as a field of committed professionals it’s up to us to try. As a person, we all miss his presence keenly, but none more keenly than Helen and the rest of his family. May your faith help you fill your own large and enduring Dave-sized holes and find a peace that passes understanding at this time.

Dave was a wonderful man. He always had time for those who approached him. He treated everyone with respect and kindness. If there was ever an example of living one’s faith, it was Dave. Blessings.

Sending condolences to all who knew Dave Beukleman personally. My memories are of being in the library as a young Speech and Language Therapy student in Scotland surrounded by AAC related books and papers and the names Light, Black, and Beukleman being as familiar to me as names of close friends. He touched so many lives with what he did academically and personally and the information I learnt from him, although thousands of miles away has helped me and many others help thousands of very needy individuals. He has certainly had an amazing effect on the world particularly for individuals without at voice and those with a passion to help them.